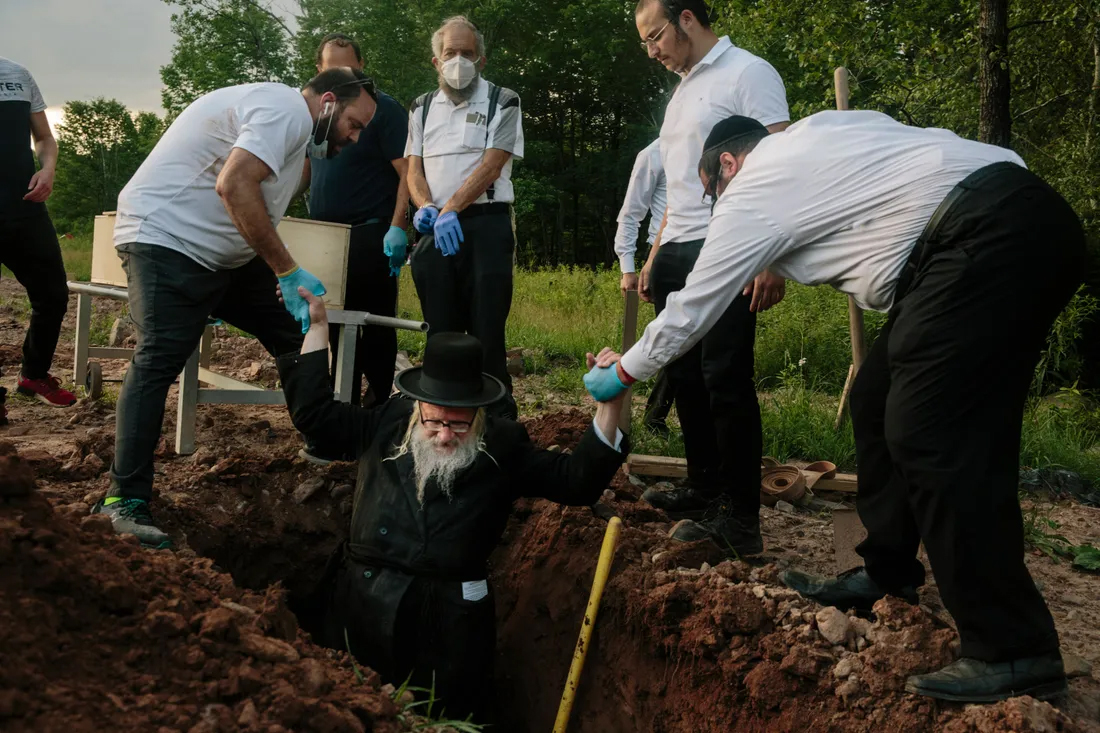 Cared for, for Eternal Life
Jewish Burial in the Age of COVID-19 #5

Dignity for the dead for members of the Jewish community is something Chesed Shel Emes, a grassroots network of volunteers, has worked toward since the 1980s. No matter the obstacle, they never say “no” to any Jewish person in need of burial. “If you’re a member of AAA, they will come get you. If you’re a member of the Jewish community, even if you’re not an active member, we will come get you,” said Benjy Spiro, a volunteer of ten years.

Their work focuses primarily on the forgotten and the anonymous. With contacts in the death bureaucracy of New York and the surrounding areas, Chesed Shel Emes identifies Jews bound for potter’s fields and claims them instead for their cemetery in upstate New York. The group is often on scene after suicides or accidents and at hospitals for patients who have just died. Chesed Shel Emes operates through WhatsApp and with a Ford pickup converted into a hearse.

As COVID-19 hit New York last spring, the virus claimed the lives of hundreds of Orthodox Jews. Families feared their loved ones would be cremated instead of buried. They read false social-media messages warning that their deceased relatives might not get proper Taharas, or ceremonial baths. They dreaded the possibility that their parent or sibling would be left indefinitely in a temporary morgue truck.

The pandemic presented Chesed Shel Emes with unprecedented challenges, but the group continued its work. Unable to socially distance while carrying a coffin, volunteers knew they were taking a risk to bury those they would never know.

“Why did God kill the woman in apartment 1A but not apartment 1B? We don’t know,” said Benjy Spiro. “Only God knows the bigger picture.”